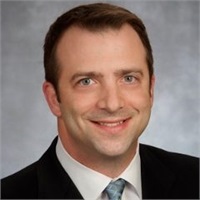 Proudly serving individuals, families and business owners as an Independent Financial Advisor, since 1999.

Mr. Desberg began his career as an Investment Advisor Representative in Scottsdale helping his clients prepare and plan for their future. The same year, he founded the independent financial services firm, Desberg Financial, LLC while expanding his practice throughout Arizona.

Prior to calling Arizona home in 1996, Todd attended school near Cleveland in the small town of Chagrin Falls, Ohio.

Today, Todd is committed to maintaining the highest standards, integrity and professionalism in the work he does for every single family. His strong desire for helping people enables him to fully understand each client's unique situation, so he can deliver quality products along with the personalized service that people deserve.

Married Melissa in 2005 and they are happily raising their son and daughter in Scottsdale. They are a family of mountain bike riders and outdoor enthusiasts.

Past President, Endowment Chairman and Executive Board member for Tucson - Dollars for Scholars, a Scholarship America organization. Proudly dedicated to supporting local high school graduates attending the University of Arizona by awarding over one million dollars in renewable scholarships to highly qualified young men and women.